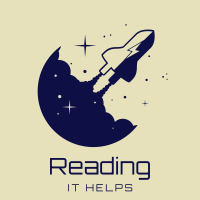 In order to celebrate his two awards nominations, announced in a previous post, E-Reads has declared October to be Dave Duncan month. We start off the celebrations with an interview.

E-Reads: Although you’re clearly a genre writer in the sense that your books use elements of typical fantasy settings, magic, strange creatures and so on, my sense of your work is that you’re creating from more classical models than Tolkien and everything that flows from that. If I had to guess at influences, I’d suggest Alexandre Dumas, Rudyard Kipling and Rafael Sabatini, among others. I also see indications of the real classic literature (Greek and Roman sources) in your work. Am I on the mark or way off? If the latter, who are among your influences?

Dave Duncan: My “literary” background is a little off-beat because when I was child in the UK there was a war on and a shortage of new books. So, yes, the old “classics” like Kipling, Dumas, (no Sabatini, that I recall) R. M. Ballantine, Rider Haggard, Bram Stoker, John Buchan, Dean Swift, and so on—most not being regarded as “literature” nowadays but all great storytellers. Only when I came to Canada in 1955 did I plug in to North American writers like Heinlein, Philip K Dick, and Fred Pohl. I was not a “fan” in the usual sense—I did not know that fandom existed until after I had sold a novel and was invited to a be a guest at a con.

ER: Were you an established reader of genre writing (Fantasy, Science Fiction and/or Horror) when you first started writing or did your own ideas and the work you produced lead you to discover the field?

DD: My decision to write speculative fiction was partly personal taste (write what you want to read) and partly commercial. The Canadian market is very small. My preferred reading was and still is, non-fiction history or science, and in fiction was mainly SF or murder stories. Whodunnits must be set within specific legal jurisdictions, historical novels require a lot of work, but SF has a universal appeal, so I could aim for the U.S. market. Lately, with my The Alchemist’s Apprentice and its forthcoming sequels, I am combining fantasy, history, and murder mystery in the same book.

ER: Do you read widely within the field and, if so, who are among your favorite writers and what are some of your favorite books?

DD: I spend my days driving my keyboard around in my own imaginary worlds, so I don’t read much in others’. Apart from wanting a change of scenery, I find them distracting, because I tend to read them as if I were editing my own work—the characters, the pace, the vocabulary &c &c. That’s not much of a holiday! I do have a few favorite authors, but I prefer not to name them and thus exclude all the rest.

ER: A lot of your work comes in the form of multi-volume series, which, for the current fantasy market, makes a lot of commercial sense. However, I’m inclined to perceive your individual volumes as carefully-formed episodes in a tightly-structured story arc in a way
that many other writers don’t seem to work. A lot of their stories seem to be open-ended in a start-writing-and- see-where- you-end-up way, whereas you seldom seem to return to a world and a setting once you’ve delivered the exact number of titles that you promised from the beginning. How do you plan your books/series and how well developed are your story ideas when you start writing?

DD: When I talk to aspiring writers I tell them to begin at the end. There’s a lot of truth in the old cliche, “A good opening sells a book and a good ending sells the next one.” Besides, the way a story is written must depend on whether the lovers are going to live happily ever after or die in a tomb like Romeo and his wife.

I do not make summaries. I plan a good opening, and then lay course for whatever ending I have in mind. The ties and rails I lay down as I go, and that way I have many months to polish the plot. If I wrote out a summary I would have it all set in stone within a few weeks, so I would miss a lot of good ideas. OK, once in a while a story will swerve away from me and head to an unexpected conclusion, but not often.

A well-written series has a minor ending at the end of each volume and a big one at the end of the last episode. When I was starting out I was writing mass market originals, and Del Rey published them every 3 or 4 months, so those were true serials and I could end each book in a cliffhanger. (The worst example being Magic Casement where everybody jumps out a window.) In hardcover you have to lay out the story arc more carefully. And series can suffer from dinosaur disease. I could name more than one where I found the first few books very gripping, because of the richness and complexity of the world, but lost interest when the plot expanded endlessly or the gaps between books became so long that it felt like waiting for Halley’s comet.

ER: If you had your druthers, would you be delivering and publishing much longer single-volume novels rather than instalments?

DD: Yes and no. The huge cast and landscape of a series are a wonderful challenge, and only the first volume requires the writer to invent all that afresh, so the effort per book is less. On the other hand, I am slowing down and becoming aware of my age. My “Dodec” series for Tor was a duology and the “Apprentice” series for Ace consists of complete novels, not episodes. Alfeo, the hero, never gets older. My next for Tor is a standalone, Ill Met in the Arena, but I hope that another two-book series will follow it. So I am still writing series, but not as ambitiously as before. It would be unfair to my readers and myself for me to undertake anything colossal now.

ER: Have you published many works pseudonymously? Your biography at E-Reads mentions an historical novel but doesn’t reveal the title. Are you committed to keeping a totally separate existence for your more mainstream work or are you willing to let your genre fans know what else they should be looking for if they want to be Duncan completistreaders?

DD: You are modest, John! Don’t tell me you have forgotten “The Years of Longdirk.” (An example of a series that never got finished, by the way.) Apart from those 3 and Daughter of Troy, I have always been me.

(Editor’s Note: Some years back, I worked on the “Longdirk” series with Dave Duncan, writing as Ken Hood. Daughter of Troy was published as by Sarah B. Franklin. The E-Reads bio has been revised to include this information.)

ER: You’ve published quite a few books in a relatively short period of time and seem capable of producing at least three books a year on a regular basis. What are your writing habits/disciplines? Do you set yourself a daily target output? Do you work on more than one book, or series, at a time?

DD: Your estimate is too high. I had no new book at all in 2005. In my youth (my fifties, that is) I averaged two-and-a-half books a year. Now I’m down to two or less. My first was published in 1987 and my thirty-ninth and fortieth will come out in 2008.

The time between starting a book and seeing it in print may be as long as seven years. I work on one book at a time, but I almost never finish it in one continuous spurt. I may be interrupted by deadlines or editorial duties or just plain loss of interest. If I’m on form, I work obsessively. I used to run off 2500 or more words a day (although that ignores later revision time) but now I find 1500 is ample. By then I’ve run out of words and pictures and I go off and do something else. At the time of writing this I am expecting the page proofs for The Alchemist’s Code (March 2008) shortly, am making some amendments to Ill Met in the Arena (August 2008) in response to my editor’s comments, have completed another story (working title The Alchemist and Honeycat: 2009?) that I will be submitting in the new year, and am anxious to get back to three partly-written MSS on the shelf.

ER: Since you have produced a lot of books and publishers have a tendency to keep only the most successful titles in print, you end up with a fair percentage of your catalog not readily available except as used titles. How much of what you have written has fallen out of print? How much of that have you made available as ebooks and POD titles? (Note to Readers: Some titles are available from E-Reads, with more on the way soon in both ebook and POD formats.) How happy are you with the results of your ventures in less traditional book channels such as I’ve mentioned?

DD: By my count I have eleven books (out of thirty-eight) still in print. I am very happy to see so many of the others available in download or POD format. The web helps in another way, too, in that it has made possible the free exchange of secondhand books through ABEbooks and Amazon.com. I don’t see any money from those, of course, but they help keep my work alive.

ER: Are your mainstream publishers making your newer titles available as ebooks at the same time they print and distribute them in the more traditional forms?

DD: HarperCollins put the “King’s Blades” series up on line right away. Tor and Ace do not. The publishing industry, like everyone else, is still adapting to the global village.

ER: In the spirit of making sure that our readers have more information than they might have expected and also making sure that good publications get some worthwhile exposure, I should also mention that you did an interview for Locus in January 2006 an extract of which they can link to here.

DD: You could also mention a scholarly critique of my oeuvre linked from the last paragraph on my website. It’s very flattering. 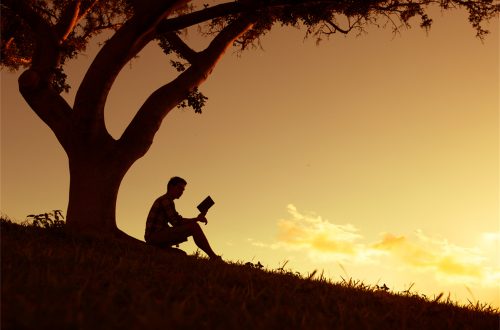 What is the scientific methods of reading?